Get fresh music recommendations delivered to your inbox every Friday.
We've updated our Terms of Use. You can review the changes here.

from plastic notions by Institute For Alien Research 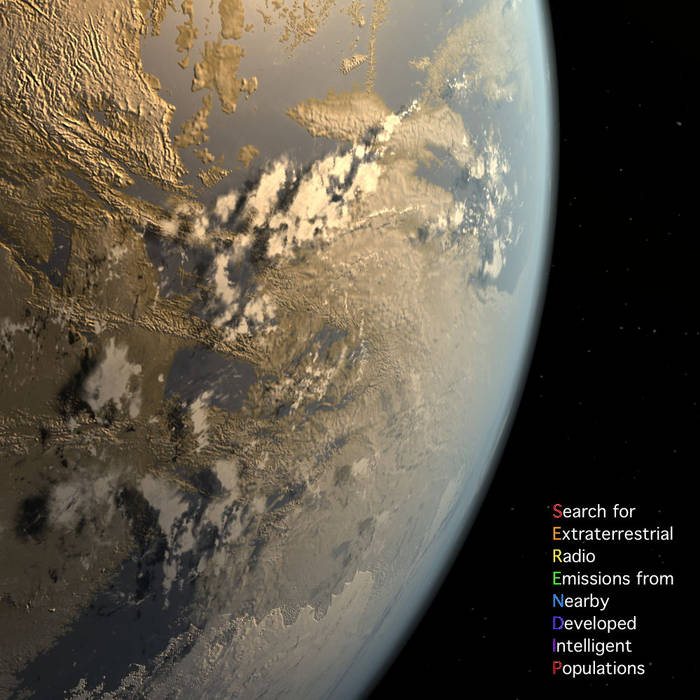 Composer's biographical note:
The compositions of David Jason Snow have been performed in concert by the New Juilliard Ensemble, the Ensemble Intercontemporain, the American Brass Quintet, the Harvard Wind Ensemble, the Eastman Percussion Ensemble, and other artists throughout the United States, Europe, Asia and Africa. Snow has been the recipient of awards from the National Endowment for the Arts, the Maryland State Arts Council, the ASCAP Foundation, BMI, Musician magazine and Keyboard magazine, and has been an artist resident at Yaddo and the Millay Colony for the Arts. He holds degrees in music composition from the Eastman School of Music and Yale University where his principle teachers were Joseph Schwantner, Warren Benson, Samuel Adler, and Jacob Druckman.

The UC Berkeley SERENDIP (Search for Extraterrestrial Radio Emissions from Nearby Developed Intelligent Populations) program is a research effort aimed at detecting radio signals from extraterrestrial civilizations. Radio waves are thought to be the the optimum band of the electromagnetic spectrum for interstellar communication because radio wavelengths are relatively free of the absorption and noise that plagues other areas of the spectrum. Besides deliberate interstellar transmissions, other civilizations may well radiate radio “leakage,” or unintentional transmissions beyond their own planets. Technological civilizations within about a 50 light-year radius of the solar system could now be watching frst-run broadcasts of “I Love Lucy” and “The Honeymooners.”

Bandcamp Daily  your guide to the world of Bandcamp